THE STABLE RESTAURANT OPENING IN EXETER 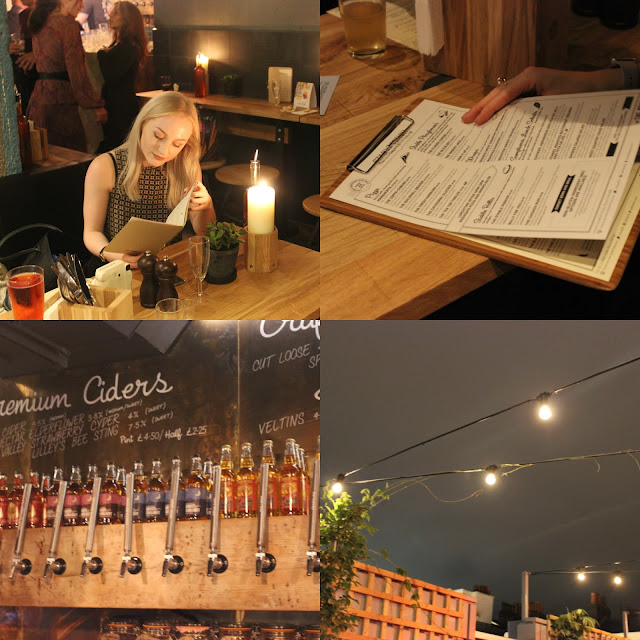 I was very kindly invited to the opening of The Stable which is a brand new restaurant in Exeter. If you've ever visited the city in Devon, you'll know that it could definitely do with a few more places to eat (especially for fussy eater's like myself). The town has built/ refurbished a new area which is going to be specifically for restaurants and places to eat and they're all opening over the next month or two I believe. It's getting a few well known food chains such as Gourmet Burger Kitchen and Turtle Bay plus many others! I've even heard a rumour of a vegan restaurant opening up which will be very exciting! I'm not a vegan, but it's definitely something I would love to explore one day.

Anyway, I was invited to the opening of The Stable and I was allowed to bring a few guests with me to enjoy an evening of music, pizza and cider! I took along my sister Amber and my boyfriend Jordan who you all know and we had a lovely evening. I also popped over and said hello to a few local bloggers, some I've met previously and there were also a few new faces which was really nice. It's exciting seeing a small city like Exeter get more involved with the world of blogging and understand a little more what we're about.

It was absolutely packed inside, which I wasn't expecting and it was pretty difficult to take any decent pictures because of this. We grabbed any opportunity we could to try out the pizza however it was pretty tricky getting a slice before it was all gone! We also tried a few of the local ciders on offer which took me by surprise as I'm not usually a massive cider fan, but these were really yummy.

The restaurant itself was lovely and we got to leave with a lovely goody bag, however I feel like I can't review it that well until I've properly been there for a meal. I'm hoping to do this asap as I loved the general feel of the place and could definitely see it as a potential new favourite.

Have you been to The Stable? What were your thoughts?