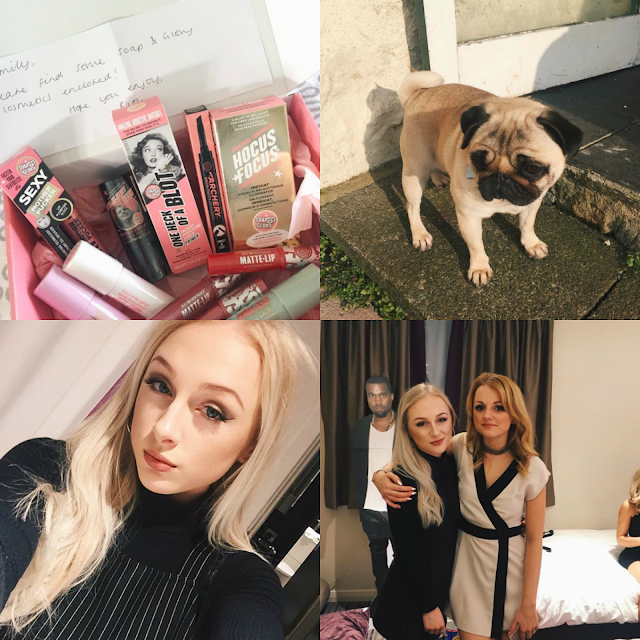 I don't usually write posts like this however I feel like it could be very beneficial for my happiness so I'm going to write it, and perhaps similar ones in months to come, who knows. I'm going to be writing a diary style entry I suppose, talking about March as a month, what it brought to my life and what I will be taking from it. Happy memories and sad, but don't worry this post isn't going to be a depressing one, it's going to be positive!

So March has been a very stressful and important month in my life I guess. It's brought a lot of up's and down's (mostly down's) and theres been emotions flying everywhere, however I'm definitely leaving the month of March behind me having learned a lot about others and myself as a person. In this post I'm going to address some high points and some low's that March brought to my life.

- BRIGHTON. I booked up going away to Brighton with my bestie! Alysha and I are heading to Brighton in May for a few days to celebrate my 19th Birthday. I literally couldn't be more excited. I cannot wait to be back there again and show Alysha all of the things I love there as she has never been.

- JOB INTERVIEW. I had a job interview. I won't say which company the interview was with and even though I didn't get the job, I'm definitely seeing the whole experience as a positive thing. The actual interview went really well however my plans for this summer didn't fit in with the job so it didn't go ahead. I'm taking this as one big lesson and I definitely learned a lot from that interview.

- MAIL FROM SOAP & GLORY. I received a 'Blogger mail' parcel from one of my all time favourite beauty brands, Soap & Glory! This has definitely been a huge milestone for me in terms of blogging. Soap & Glory are genuinely one of my favourite 'go to' brands and to be contacted by them was such an incredible thing for me!

- SPENDING TIME WITH ALYSHA. Most of you will probably know who Alysha is, especially if you watch my YouTube videos. March was a very difficult month for the both of us so spending lots of time together definitely did us both the world of good. Alysha and I actually haven't known each other for that long and we've only met up a handful of times, but we've just got a friendship that clicks. It doesn't matter that we've only been friends for a short amount of time. We have such a strong friendship and basically know everything about each other. We love spending time together and in March we made a lot of happy memories! Here is a vlog of our shopping trip!

MY SISTER'S HEN DO. On Easter Sunday myself, Amber (my sister), Alysha and all of my sister's friends headed up to Bristol for my sister's hen do! Firstly we went to AirHop which was so much fun. We went out for dinner and then headed out and went to the club Pryzm which is an amazing nightclub in Bristol! We literally had the best time and I hope my sister enjoyed herself as much as we all did! Here is the vlog.

FAMILY ISSUES - Over the last few months my Grandad hasn't been his best and in March he was taken back into hospital for another operation. I won't go into detail however he seems to be getting much better as the days go on so hopefully he will just keep getting better and getter!

RELATIONSHIP PROBLEMS - Again, if you watch my YouTube videos you'll probably know what I'm talking about. My boyfriend and I broke up at the beginning of march and it's been extremely tough. It's a very difficult situation, not like many others and I'm finding it pretty difficult to cope with. I'm aware that break-up's take a lot of time and unfortunately it's a not quick and easy process but hopefully April will bring only great things to keep me occupied! It has been really horrible and as much as I'd love to pour my heart out to anyone reading this and talk about it, that wouldn't be fair because it isn't just myself that's involved, so I will leave it at that.

Like I said, March was a crazy month for me, however after writing this I definitely feel a little better a I can see that there were so many happy memories made to weigh out the sad ones.

Thank you so much for reading