I was scrolling through my Twitter feed this morning whilst sipping a coffee after a workout at the gym when I came across this post. I have a very strong opinion when it comes to 'size shaming' people and judging weight and this article is quite frankly vile.

Liberal Democrat MP Norman Lamb states that 'stocking clothes in such small sizes is dangerous'. He says it is 'totally irresponsible behaviour from ASOS'.

A Twitter user says 'ASOS shame on you for stocking size 2 clothes I will no longer be shopping at your store in protest.'

I completely understand that for some body types/shapes a size 2 would be considered as unhealthy and probably underweight, however for someone like me who is just under 5ft tall, I am a perfectly healthy weight and why shouldn't I be able to buy clothes from ASOS or any other brand for that matter? Just because I'm petite and have a small waist, am I not supposed to have access to the same clothes as everyone else?

Diversity is huge these days and that's something everyone needs to remember. I think brands should offer there clothes in as many sizes possible...after all, you don't hear people complaining when extremely large sizes are available? How is that fair? 'Fat shaming' is seen as an awful thing and is never acceptable, so why is 'skinny shaming' okay?  Everyone comes in different shapes and sizes and all that should matter at the end of the day is your health. If you're happy and healthy at the weight you are and you're not at a dangerous weight for your height/ body type etc, then who cares what number is written on the label inside your clothes!

GETTING SOMETHING OFF MY CHEST | PANIC ATTACKS

I am writing this post whilst sat at my desk eating a plate of hash browns with roughly 20 minutes to spare before I need to leave for a lecture. LIFE.

It's Monday and the weekend is (sadly) over and I just wanted to get a few things off my chest, and what a better place to do just that.

Some of you may have seen my latest video, 'Get ready with me for a night out' which was uploaded yesterday and has been extremely popular so far, so thank you everyone! Anyway I just wanted to touch on a topic that I briefly mentioned in that video, panic attacks.

Although panic attacks thankfully aren't a super regular thing for me, I do experience them every once in a while. Sometimes, they're triggered by certain situations but they can also come on for absolutely no reason at all, which are a lot worse to control. I mentioned in my video that I'd previously had a panic attack the last time I went clubbing, so was quite anxious about it happening again. I was looking forward to going, but a part of me couldn't shift the anxiety and throughout the build up to leaving, I could feel it getting worse. I pushed through because I didn't want to just 'give in' and let my friends and myself down, so I went. As bad as it sounds, I think if I had been a bit drunk, I would have been okay, but even after drinking a bottle of wine I didn't feel drunk at all and as soon as I stepped foot in the club, I knew I'd made a mistake. I just didn't feel comfortable at all, it's just not my thing. After about half an hour, I stepped outside to get some air which was a stupid idea because I then ended up losing the girls I was with and that's when I started to feel panicky. I couldn't get hold of anyone and after trying for a while, I could feel my anxiety getting worse so I decided to remove myself from the situation and just leave. Once I got home, I couldn't stop crying because I felt like such a failure. I just wanted to be normal and capable of having a night out with my friends.

The next day I felt much better and had a good think about it all, and decided I wanted to write this blogpost.

I love going out with my friends and drinking and having fun, don't get me wrong. I guess I've now just realised that clubbing isn't for me, and that's okay. I'd much rather go to a pub or bar and have drinks and there is nothing wrong with that. I wanted to get this off my chest incase any of you reading this have been in a similar situation or suffer from panic attacks too and just needed a bit of reassurance that it's okay.

I'll give clubbing a miss for a while, but who knows in a few months time I might fancy trying it again! I'm just going to do whatever I feel comfortable with and not push myself into a situation I know I'll probably find uncomfortable. 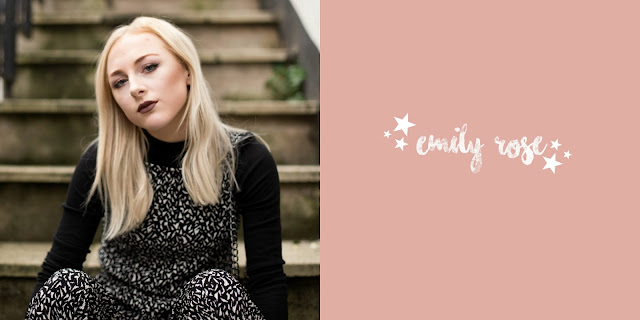 At the beginning of 2018 I told myself to say YES to every opportunity that comes my way. I was recently offered an opportunity that is very far out of my comfort zone and guess what? I said yes.

In August, I am going to be a guest speaker at the Get Ready For Uni Event held in Derbyshire. Find out more about the event here.

When it comes to public speaking and standing up in front of big crowds, I do not have much confidence at all. But I've decided to push myself to my full potential and take up this incredible opportunity and (fingers crossed) share some helpful tips with soon to be Uni students!

I'm going to deliver a presentation all about '10 thing I wish I knew before moving to University'. Hopefully, my fresh first year mind will be capable of passing on some vital information about moving away from home and starting a brand new chapter.

Let me know down below in the comments if you're considering attending the event...I would love to meet some of you there!

A FEW STEPS AWAY FROM HAPPINESS 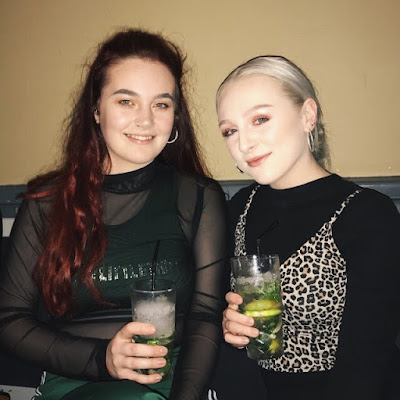 Lately, I've not been feeling 100% myself if I'm honest. My emotions have been a little all over the place and I've just not felt quite right. If you're new around here, you won't know that I moved to a different city last September for University and at times, it's been rather challenging. I am really happy here, don't get me wrong! I love my course and I've made some great friends but I occasionally go through phases of feeling quite down and lonely here, like I have nobody to talk to and right now I'm having one of those phases.

Today I wanted to share with you all a few things I do in order to get out of this mind set and help myself focus on the positives.

1. Talk to someone. It's always good to have a chat and get any worries off your chest. I like to FaceTime or speak to my mum every day which definitely helps to cheer me up if I'm feeling a bit rubbish. I also speak to my sister regularly which always lifts my mood. I push myself to seek someone to talk to if I'm feeling low, whether that be my flat mate Erin or my course mate, Sam. When I first moved to Southampton, I got into an awful habit of shutting myself away and spending a lot of time on my own if I felt sad...but now I know that's the worst thing for me. It's okay to go and talk to a friend and nine times out of ten, it lifts my spirit and helps me clear up any worries I have.

2. Organise something fun! My first port of call is usually to see if my flat mates want to go out for a couple of drinks. Although alcohol is a depressant and of should by no means be used as a coping mechanism, it is something to do and get's me out and into a social atmosphere. Also, it's nice sometimes to go into town and grab a coffee with a friend or even just have a wonder around town (I'm doing this today with Erin, which will be fun). You could also organise a trip to the cinema, or the beach, whatever you fancy!

3. Focus on something you enjoy. I recently joined a new gym and challenge myself to go at least two or three times a week. I've also been attending some of their free classes which definitely helps to motivate me. Although it always seems like a huge effort to go to the gym, it makes me feel so incredibly happy and the buzz is great. I want to stay focused on this because it's fun, great for my health and also good for a bit of body confidence.

All in all, when I'm feeling a bit down I try not to dwell on it. We're allowed to feel rubbish sometimes...it's normal. I had a long overdue cry yesterday and I genuinely felt a lot happier afterwards. Sometimes, you've just got to listen to your body and do what it wants. Stay focused on something you enjoy and take each day as it comes!

Leave a comment down below if you have any tips or let me know what you like to do to stay happy and change your mind set from negative to positive.